Enter the Hall of Fame

Formed in 1999 by the Kassulke brothers and Udo Bausewein in Giebelstadt, Germany, HandyGames started out developing Java games.
It moved onto smartphone games for iOS, Android, Windows Phone and BlackBerry, since 2010 focusing on free-to-play games that monetize with in-app purchases and advertising.
Best known for franchises such as Townsmen and Guns’n’Glory, HandyGames was also one of early evangelists for the Ouya console, supporting its Kickstarter with a $10,000 donation as part of its ‘Beyond Mobile’ strategy.

Pocket Gamer: What were your favourite games as a kid?

Markus Kassulke: I’ve been a gamer for around 30 years now, and there were so many awesome titles when I was a kid, like the great LucasArts adventures – Indiana Jones, Zak McKracken and Monkey Island. I was also addicted to flight simulators. I don’t know how many hours I spent in a cockpit of a war bird.

Christopher Kassulke: I still have great memories playing Ultima VI on the PC while listening to Guns N’Roses on tape. I learnt English by playing so many fantastic and awesome games in my youth. Thanks to Lord British and Sid Meier for their titles. I don’t know how many empires I built in Civilization or how many ships I took over in Pirates! I also remember titles like Secret Weapons of the Luftwaffe, Red Baron, History Line, Warcraft, Dune II, Falcon

CK: Thanks for reminding me about multiplayer. We spent way too many evenings and weekends in LAN-parties playing Doom, Duke Nukem, Quake, Counter-Strike, Command & Conquer, StarCraft etc – guess we played way too many games. Partly I miss that time. It was pure fun, but if you work in this industry you need to love and enjoy games!

When did you realize you wanted to make games as a career?

CK: We’re brothers who both love games so I think it was around the same time period. I always said I want to do something in my life that I really like. So it had to be my passion – games.

What was your first role in the industry?

MK: I was fascinated by video and PC games and I started selling them, writing books and walkthroughs, add-ons for PC games and created one of the first cheat software titles on the market. We did almost everything around games. A few years later, as you know, we decided to do games on our own.

CK: As Markus mentioned, we did a lot of freelance work for the industry. We always wanted to be our own bosses and producing our own games. So we did it.

What do you consider your first significant success?

MK: Convincing Siemens’ mobile phone division in Munich to make games for their millions of handsets in early 2000. It was awesome to see how an idea, a borrowed laptop and a vision could lead to a success story – now for 14 years.

CK: I think it’s building up and sustaining a business in the mobile games market since 1999, without any external investors.

When did the potential for mobile games become apparent?

CK: It was 1999 when I was playing Snake on my Nokia 5110. It was the simplicity of the game and the medium that was awesome. But I knew we could do it better.

MK: We strongly believed that mobile phones would be in every pocket in the world even in those early days. Gamers could finally play anytime and anywhere! This vision became true.

What do you think is the most significant event in mobile gaming?

MK: By offering mobile games for free, you create a new area of gaming, advertising and social engagement.

CK: Going direct and offering our great content for free was a very brave move, but it paid off so heavily! It was one of the smartest moves we’ve made, because we believed in our gamers around the world.

To-date, what are you most proud of? Any regrets?

MK: I am especially proud of my three kids and that they love what we do.

CK: My family that stands 100 percent behind our work. My three kids are the biggest fans of our games. They are already heavy gamers!

MK: I don’t have any regrets at all. We did it our way with an awesome team. And we’re still here and have a clear strategy for the future.

CK: We’ve gathered a lot of experience in our years in the industry, but I don’t regret anything. It’s a perfect ride and we have an awesome team, strong portfolio and happy gamers.

Which mobile games have you most enjoyed recently?

CK: I love strategy games. One of the titles I play regular on my iPad is 1941 Frozen Front and with my kids I play Aces of the Luftwaffe. I always smile when gamers complain that it is too hard as my 4 and 6 year-olds can beat the bosses. Skill is everything! On the PC I play a lot of RPGs, strategy and action titles, but thanks to the family I don’t have so much time for multiplayer sessions anymore.

MK: I don’t know how many games I’ve downloaded and checked out on my iPad or Android phone? When you create mobile games yourself, you always analyze the titles you play and there are only a couple of games out there which really entertain me without me checking out the core loop, the monetization, or the learning curve.
I am enjoying playing GTA V, Assassin’s Creed Black Flag and Skyrim with my kids on the weekends especially now it’s colder outside. At the same time I ask myself how long this high price market will stay alive?

What are your predictions for the future of mobile games?

MK: Games are the advertisement platform of the future! If you want to reach millions of people as an advertiser you need to address games. And as we all know, mobile is the #1 gaming platform in the world.

CK: Consumers love free stuff. So advertisements are our future. Another big prediction is moving “Beyond Mobile”. We will conquer the living room. Our titles will be where our consumers are. So we are just at the beginning of our long journey.

In which area of the industry do you hope to make a difference?

MK: We will heavily push into the advertising industry as we see ourselves more as a media house than a games developer. Our games are awesome, free, and they are the perfect media for surfing ads to the right target groups.

CK: HandyGames is well known for its sustainable business. That’s already something completely different to most of the industry – isn’t it? 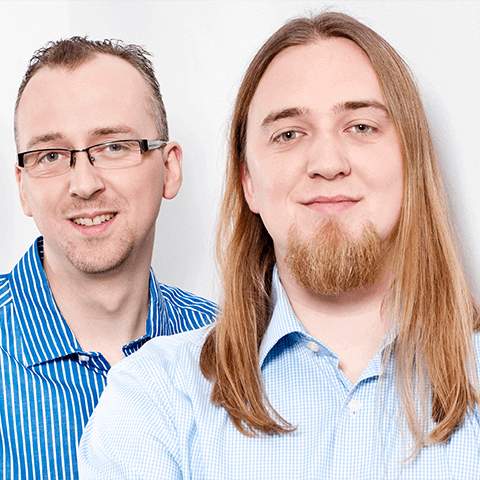 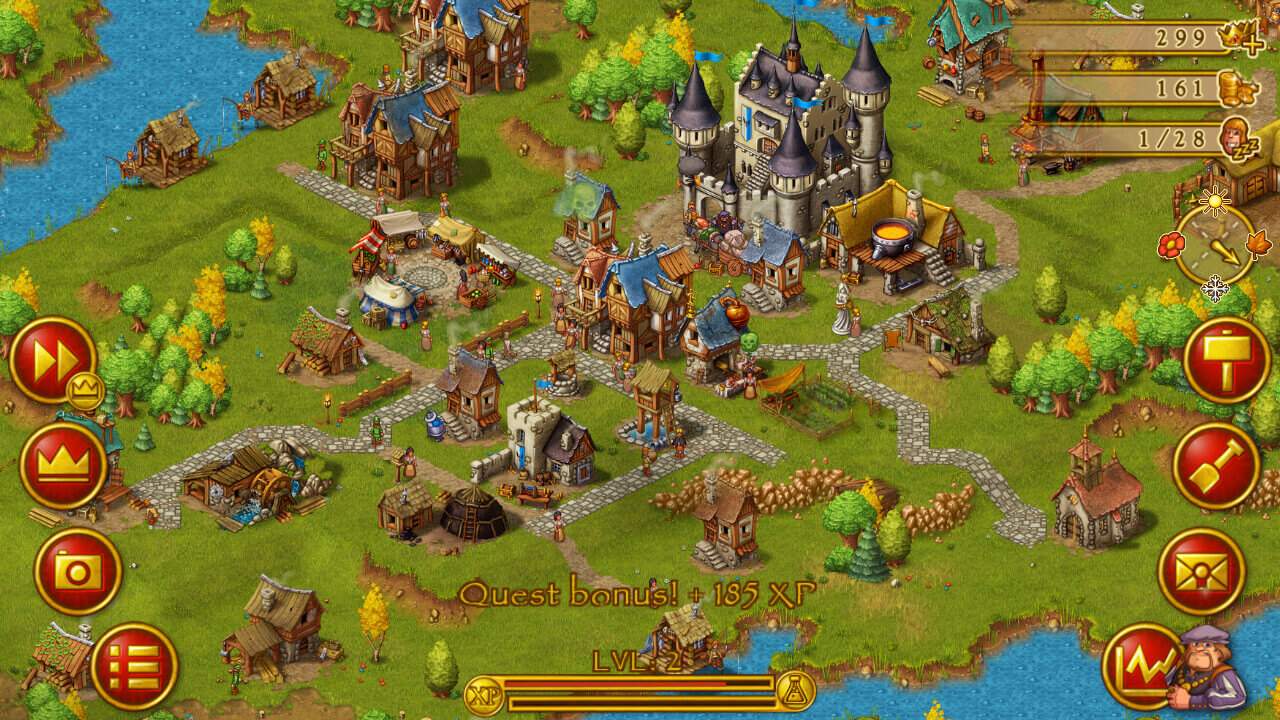 HandyGames’ most successful franchise is Townsmen 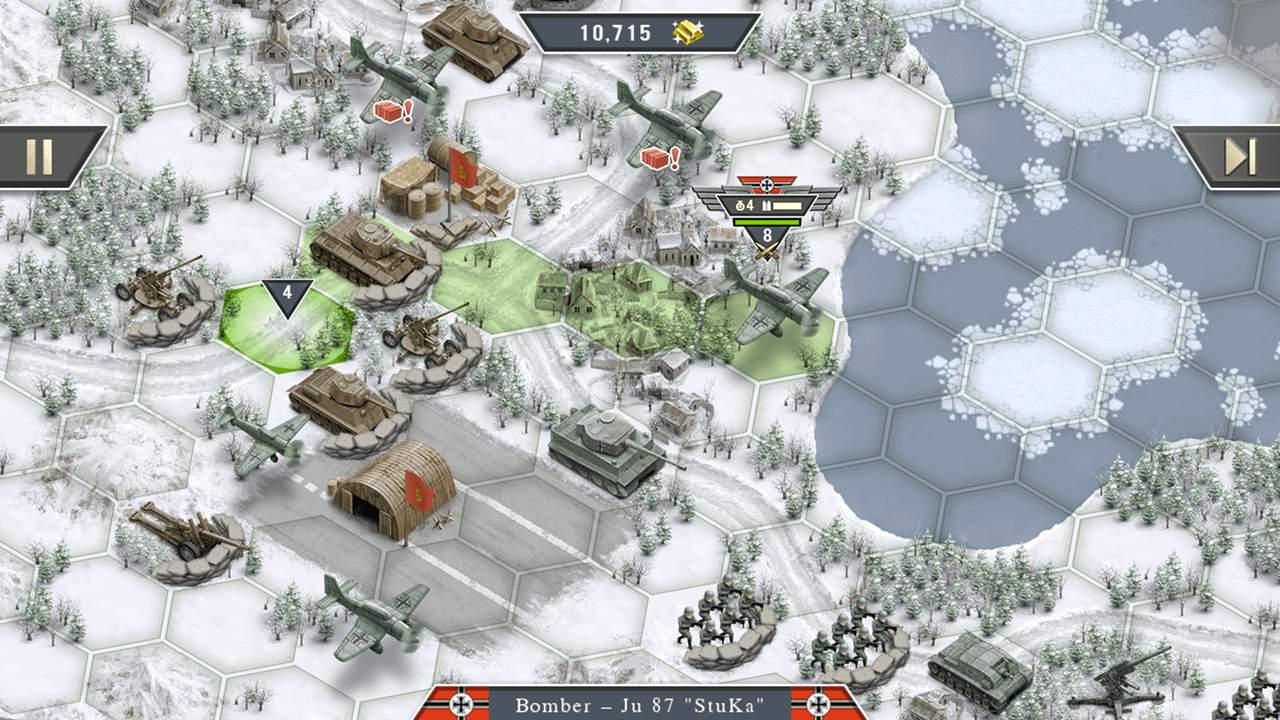